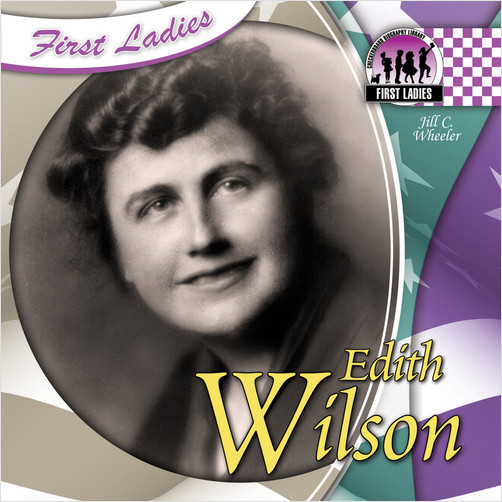 This book introduces young readers to the life of Edith Wilson, beginning with her childhood in Wytheville, Virginia. Readers will become familiar with her spirited personality as they learn about her first marriage, her life as a widow, and her introduction to President Woodrow Wilson. They will read of the romance that grew in the wake of World War I, and the role Mrs. Wilson took on as First Lady. Details of Mrs. Wilson's time as a political wife include her support of the war effort, her trip to Europe during the Paris Peace Conference, and after her husband's stroke when she acted as his steward, or according to some critics, the "secret president." Full-color photos accompany the easy-to-read text. Extras include a sidebar, a timeline, fun facts, an index, and a glossary. Checkerboard Library is an imprint of ABDO Publishing Company.