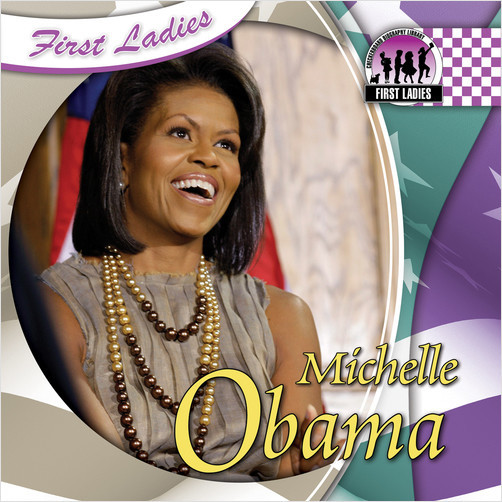 This book introduces young readers to the life of Michelle Obama, beginning with her childhood in Chicago, Illinois. Readers will become familiar with her strong, intelligent personality as they learn about her years at Princeton University and Harvard Law School, her career as a lawyer and later a community service worker, her marriage to Barack Obama, and her life as a mother to her daughters Malia and Sasha. Details of Mrs. Obama's years as a political wife are also discussed, which include her work on her husband's campaign during the 2008 election and her assent to First Lady. The historic significance of Mrs. Obama as the first African-American First Lady is also highlighted. Full-color photos accompany the easy-to-read text. Extras include a sidebar, a timeline, fun facts, an index, and a glossary. Checkerboard Library is an imprint of ABDO Publishing Company.