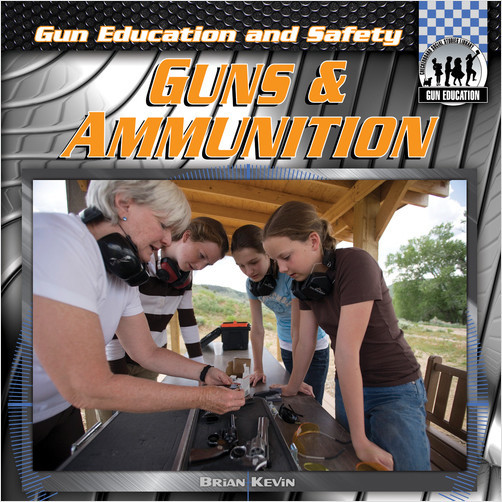 This title explores different types of guns--such as long guns and handguns--their components, and how they operate including different types actions such as pump, bolt, lever, automatic and break, and revolver. Ammunition such as bullets, shells, and cartridges are examined, broken down into their components, and how they each work is discussed. Special ammunition such as slugs and shot, dummies, and hollow points are introduced, as are important concepts such as caliber and bore. How to load ammunition into long guns and handguns including barrel, magazine, and self-load processes such as automatic and semi automatic is covered. How guns fire ammunition via various firing mechanisms is explained. Air guns, how they operate, and ammunition such as pellets and BBs are also examined. Automatic and assault guns and their regulation are also covered. The Checkerboard Library is an imprint of ABDO Publishing Company.