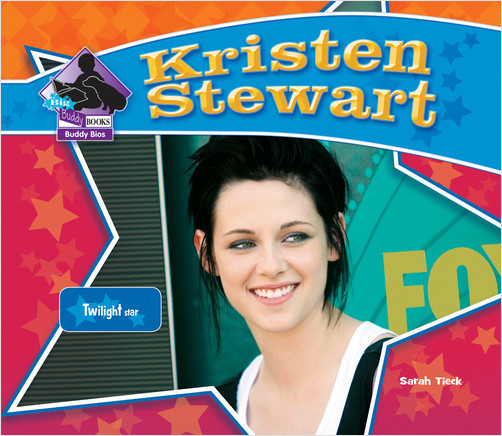 Colorful graphics, oversized photographs, and short, engaging sentences draw reluctant readers in to the fascinating life of Twilight star Kristen Stewart! Readers will learn about Stewart's childhood, family background, education, rise to fame, and future plans. Stewart's first movie roles are discussed, as well as her major roles in Panic Room and Into the Wild, leading up to her starring role in the Twilight movie series. Stewart's acting awards are included, as well as her interest in music and her community work. Features include table of contents, maps, "Did You Know" facts, a "Snapshot" page with vital information, a glossary with phonetics, and an index. Big Buddy Books is an imprint of ABDO Publishing Company.