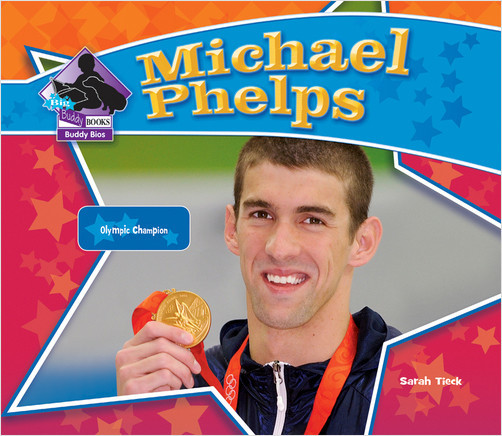 After breaking records at the 2008 Olympics, Michael Phelps became one of the greatest swimmers in history. This book introduces readers to Phelps's childhood, family background, rise to fame, and future plans. Readers will learn about the star's struggle with ADHD, his intense training, and his incredible drive to reach goals. Phelps's performances and medals won at the Olympic Games, the World Championships, and the Pan Pacific Championships are covered, as well as the background and history of the Olympics. Colorful graphics, oversized photographs, and short, engaging sentences draw reluctant readers in to the fascinating life of Michael Phelps! Buddy Books is an imprint of ABDO Publishing Company.