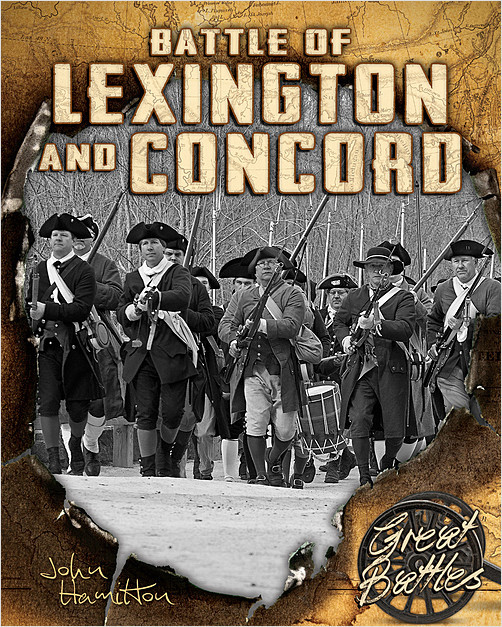 Battles of Lexington and Concord

April 19, 1775. Find out why this date will live in infamy in Battle of Lexington and Concord. Learn what led up the battle, including the Boston Tea Party, the Intolerable Acts, the Boston Massacre, the First Continental Congress, and the orders to disarm the colonists. Get to know key historical figures including Colonial leaders Samuel Adams, John Hancock, Paul Revere, Captain John Parker, and Major John Buttrick and British leaders Major John Pitcairn, General Thomas Gage, and Lieutenant Colonel Francis Smith. Put yourself on the first battlefield of the American Revolutionary War as you learn about military strategy and resulting casualties. Learn what weapons were used, including muzzle-loading flintlock muskets, bayonets, cannons, rifles, pistols, and swords. Finally, discover the outcomes and aftermath of this pivotal conflict, including the Declaration of Independence, Americans rallying around the cause, and the Treaty of Paris, which finally ended the war in 1783. Black and white and color photographs, illuminating quotations, maps, charts, a glossary, an index, and book links round out this exciting and informative title.