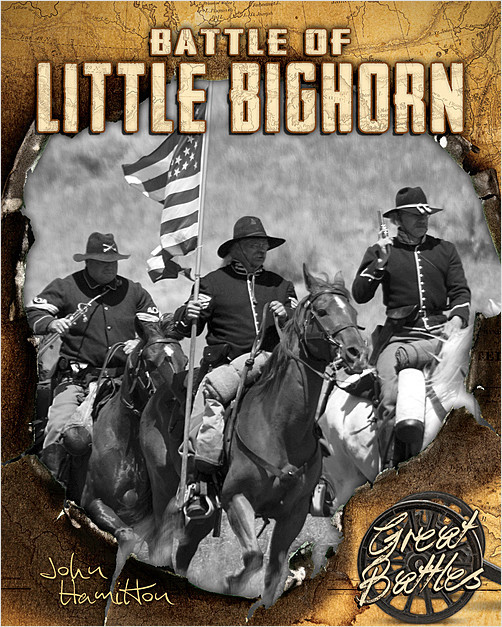 June 25-26, 1876. Find out why these dates will live in infamy in Battle of Little Bighorn. Learn what led up to the battle, including Native Americans' forced movement to the Great Sioux Reservation after the discovery of gold on their land. Get to know the biographies of key historical figures, including Lieutenant Colonel George Armstrong Custer, Sitting Bull, Crazy Horse, and Lakota Sioux and Cheyenne warriors. Put yourself on the frontier battlefield of Montana Territory as you learn about military strategy and the resulting casualties of Custer's Last Stand. Learn what weapons and tactics were used, including the US Army's Colt revolvers and Springfield carbines, the Native Americans' bows and arrows, and the more than 40 other firearms used on both sides. Finally, discover the reasons behind Custer and the Seventh Cavalry's loss, as well as the aftermath of this pivotal conflict in the Plains Indians War. Black and white and color photographs, illuminating quotations, maps, charts, a glossary, an index, and book links round out this exciting and informative title.