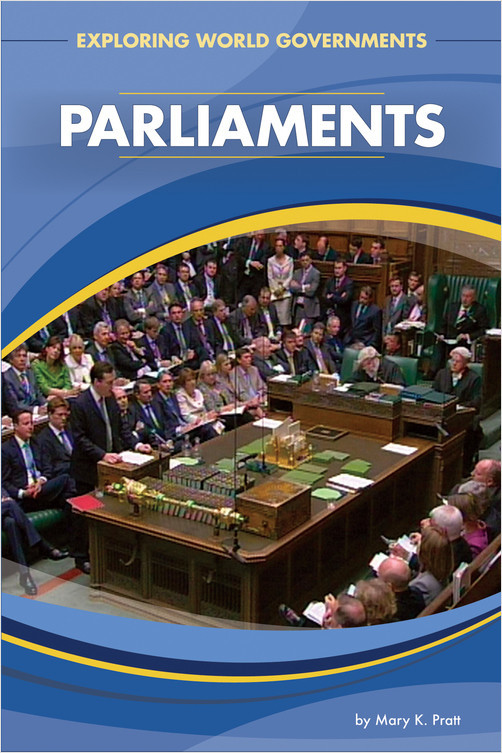 This title examines parliaments in world history from the earliest parliaments in Iceland, the Isle of Man, and the United Kingdom, to more modern parliaments in France, New Zealand, Israel, Iran, Hungary, Jordan, Kuwait, Canada, Germany, Greece, India, Rwanda, Bangladesh, China, and Afghanistan. Different types of parliaments, such as the democratic Westminster model, are highlighted, as are different types of parliamentary structures, such as bi- and unicameral. The governments by which parliaments function, such as monarchies, democracies, and dictatorships, as well as different economic systems are examined, as are how parliaments and prime ministers are elected and cabinets are chosen and describes the function of each. Also examined is the role of political parties in the formation of a parliamentary government. Influential statesmen such as Charles de Gaulle, Lech Walesa, Helmut Kohl, Margaret Thatcher, and David Ben-Gurion are introduced, as are important works such as the Magna Carta, International Covenant on Civil and Political Rights, and the Inter-Parliamentary Union. Strengths and weaknesses of parliamentary systems are analyzed, and the citizen's role, rights, and responsibilities in both democratic and nondemocratic parliaments are also covered. Exploring World Governments is a series in Essential Library, an imprint of ABDO Publishing Company.