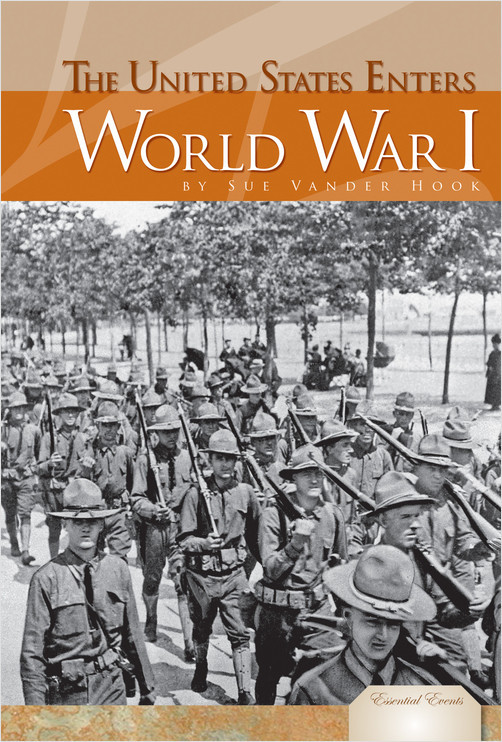 This title examines an important historic event, the United States entering World War I. Readers will learn about the events leading up to this, including the sinking of the Lusitania and the preparation of the U.S. military. Covered in detail are the first American troops' arrival in Paris, trench warfare, and the cease-fire and negotiations that led to the Treaty of Versailles. Also discussed are the Americans' efforts to help the war on the home front, including selling war bonds, conserving food, planting gardens, and working in munitions factories. Key players, such Herbert Hoover, Colonel George S. Patton Jr., Kaiser Wilhelm II, President Woodrow Wilson, and Arthur Zimmermann are included. Color photos and informative sidebars accompany easy-to-read, compelling text. Features include a timeline, facts, additional resources, Web sites, a glossary, a bibliography, and an index. Essential Events is a series in Essential Library, an imprint of ABDO Publishing Company.