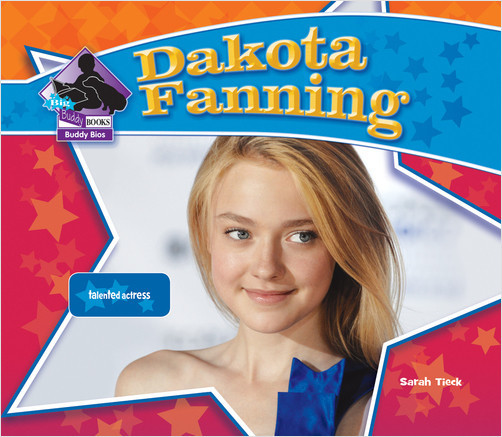 Easy-to-read text, oversized color photos, and captivating graphics introduce young readers to talented actress Dakota Fanning. Readers will learn about Fanning's childhood, family background, education, rise to fame, and future plans. Her early television and movie roles are discussed, including her award-winning performance in I Am Sam. Also covered are her roles in recent films, such as Cat in the Hat, Dreamer, Charlotte's Web, and The Secret Life of Bees. Fanning's acting skills, including speaking foreign languages, and her hobbies and role models are also covered. Features include maps, "Did You Know" facts, a "Snapshot" page with vital information, a glossary with phonetic spellings, and an index. Buddy Books is an imprint of ABDO Publishing Company.