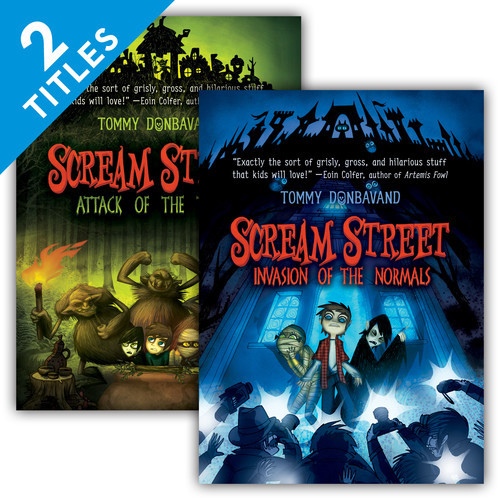 Welcome to Scream Street--a hilarious middle-grade series that will spook kids silly. When Luke Watson turns into a werewolf for the third time, the Government Housing of Unusual Lifeforms (G.H.O.U.L.) moves his family to Scream Street -- a frightful community of vampires, zombies, witches, and sundry undead. Though Luke quickly makes friends, he vows to find a way to take his terrified parents home. The secret to opening the exit, he learns, is collecting six powerful relics the founding fathers left behind. But with a sinister landlord determined to thwart Luke at every turn, can he find the keys before he's scared to death?

Chapter Books is an imprint of Spotlight, a division of ABDO.