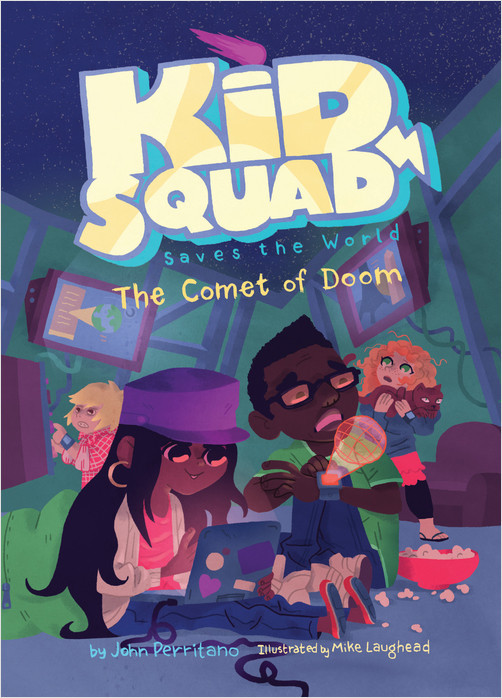 Mad scientist Dr. Alowishus Cobalt is out to destroy the planet. Using his own invention, he has caused a comet to switch paths and head toward Earth! Dr. I.N. Stein and Colonel Bragg call on the members of the Kid Squad - Pi, Athena, Gadget, and Tank, along with their trusty cat D-Day - to save the world from destruction. Will they be able to track down Dr. Cobalt and send the comet back to its original orbit? Or will Earth end up, as Dr. Stein says, kaput?

Calico is an imprint of Magic Wagon, a division of ABDO.