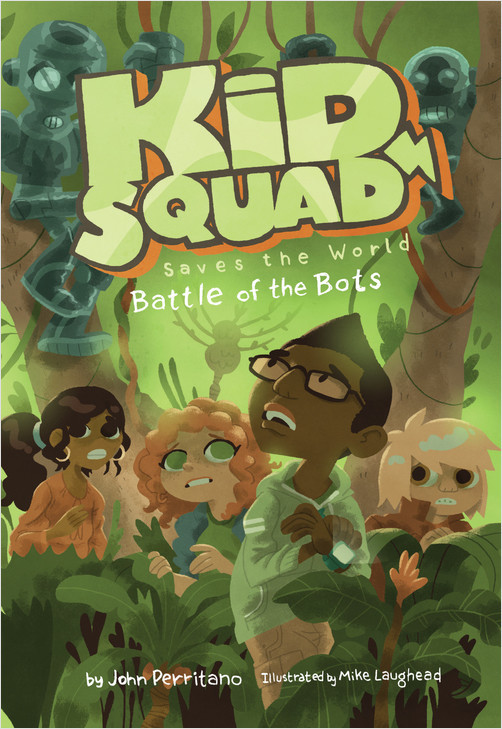 Battle of the Bots

Under orders of the US president, Colonel Bragg hires two companies to build the world's first robotic armies. The two armies fight in a mock battle to determine which company gets the contract. Project Battle Bot was meant to bring peace to the world. But as the robots start using real weapons and thinking for themselves, it is clear that peace will not be the outcome. Colonel Bragg and his aid, Dr. I.N. Stein, call on Pi, Athena, Gadget, and Tank to stop the robots before they cause more destruction. Can the Kid Squad save the world from the threat of Project Battle Bot?

Calico is an imprint of Magic Wagon, a division of ABDO.